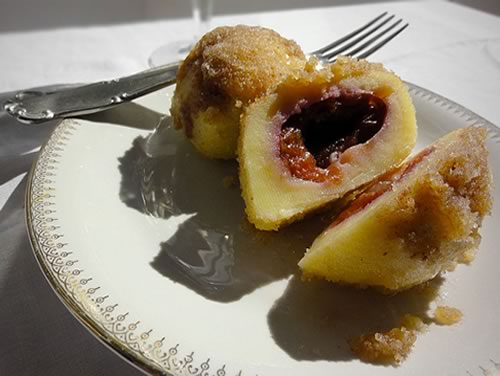 Form with potatoes and flour a fountain in the middle and put the eggs, melted butter and a little salt. Stir the mixture until it becomes soft enough; let stand for about an hour. thus obtained disk with which you'll wind sucessivamente private plum kernel. Wrap the plums with the paste and dip the dumplings in boiling salted water, removing them when they emerge. Sprinkle dumplings with sugar and cinnamon, add to all the breadcrumbs browned in butter.