One half of the territory belonging to the municipality of Torreano lies in the plains, the other half in the mountains. As a result of the different kinds of soil, different ways of life evolved. The population in the plains is of Friulian stock, that in the mountainous areas of Slavonic origin. Both ethnic groups have for centuries coexisted peacefully, and any differences in origin or customs has never caused any clashes.

Most probably this part of the Valleys has originally been settled by the Euganeans, Ligurii, Veneti and the Celtic, although no clear evidence of their passage exists. It is however certain that this area has seen humans dwellers in the Neolithic period, in the bronze and the iron age. The findings retrieved from the cave Foràn di Landri above Prestento are evidence for human settlements in prehistoric times. 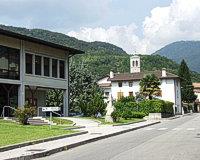 orreano is certainly a consequence of the occupation of Friuli by the Romans. The town in fact derives its name from a Roman centurion ("Turius") who had been given this "presidium". In Cragnolino a large number of items have been found that date back to that time: clay pots, crockery, cinerary urns. When Cividale - 6 km south - became the main centre of the first Lombard duchy in Italy, Torreano was occupied by a few barbarian clans; it is historically ascertained that in 610 the Avars destroyed Torreano. In 739, in Lauris (now Laurini), some Slavonic tribes attempted to invade the territory but were defeated in battle by the Lombard duke Pemmo. Subsequently, the area belonged to the Patriarchate of Aquileia first, and to the Republic of Venice later. After the Venetian rule came to an end in 1797, Torreano passed under Austrian rule and stayed Austrian - with the exception of the brief spell during the Napoleonic period - until 1866, when it joined Italy. 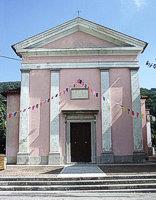 Of particular artistic interest are the church of S. Rocco in Montina and the votive church Ss. Ermacora e Fortunato above the borough of Costa.