Pulfero lies on the Natisone river, close to the Slovene border, in a particularly panoramic setting. Since prehistoric times, the road that leads up to the Pulfero pass has been an important route linking Friuli to the areas of Carnia and Carinthia. During Roman times, it was integrated into the Via Appia whose construction is due to the consul Appius Claudius Pulcrus: in 143 BC it led from Aquileia to Virunum (near Klagenfurt), via Cormòns, San Pietro, Pulfero, Plezzo and Tarvisio.

Many military expeditions used this passage in the Alps (Roman legions on their way to the Noricum and Pannonia, including Napoleon) as did almost all armies invading Friuli (from the Lombards to the defeat of Caporetto).

During the long rule of the Patriarchate of Aquileia, the Pulfero pass lost its role as sentry post; the road leading over it, however, gained importance for a steadily increasing stream of merchants and traders. In fact, in 1377, 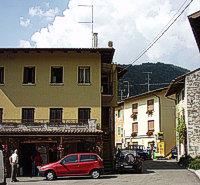 Patriarch Marquardt had the road rebuilt and enlarged to accommodate the increased demand. The fortifications in Grotta d'Antro and in Biacis, from their high position dominating the entire valley, thus assumed an important role in defending and protecting thie artery.

The increase in trade contributed significantly to a new phase in socio-economic development, which in turn brought about the creation of new civil institutions. One such example is the Banca di Antro, an elective council that was responsible for local political and judicial affairs. Over time, however, the peculiar role that the Natisone Valleys had been playing slowly declined and then ceased altogether, when the Republic of Venice defeated the Patriarchate and instituted a border station at Pulfero to enhance trade in Gemona to the detriment of Cividale. 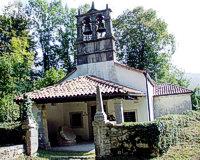 The most important buildings in this municipality include the church San Giovanni ad Antro and the lovely little church San Giacomo Apostolo in Biacis.